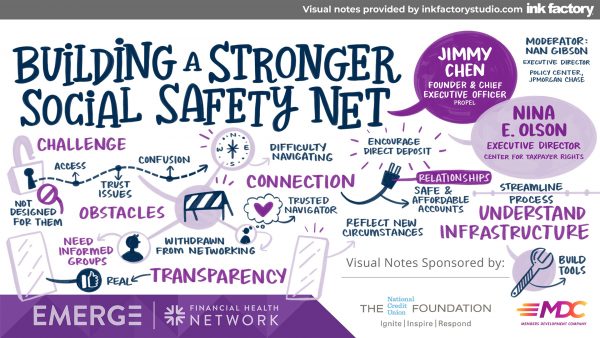 In this session, we will explore ways that financial institutions, policymakers, and industry leaders can come together to better support Americans relying on the social safety net, both today and in the future.