While their account inflows have increased, savings balances show no significant changes, suggesting recipients are spending the funds on critical needs rather than building a financial buffer. This behavior differs from how stimulus payment recipients saved a significant portion of their March 2021 stimulus check.

We observed child tax credit deposits in the accounts of one quarter (25%) of individuals in our transactional dataset, which is comparable to the 27% of U.S. households who received a child tax credit. Median monthly account inflows for child tax credit recipients increased by about $500 (roughly a 7% increase in inflows). This amount aligns with U.S. Treasury Department statistics, which reported that average child tax credit amounts were $423 in July and $428 in August. This data affirms that our findings on child tax credit usage can be extrapolated to the population of recipients at large.

Spending on Food Increased Among Recipients Who Faced Food Insecurity

People who indicated that they previously experienced food insecurity increased their average monthly spending on food by $345, or 49% (from $711 on July 10 to $1,056 on September 7). Meanwhile, there was no significant change in spending on food for people who did not receive child tax credits and had previously experienced food insecurity. This trend is consistent with recent research: Census Household Pulse surveys indicate that households with children saw a 3 percentage point drop in food insufficiency as tax credits were distributed, while other research indicates that child tax credits were particularly beneficial for lower-income families.

Spending on Healthcare Increased Among Recipients With Previous Struggles

Child Tax Credit Recipients are Not (Yet) Building Savings

There are several potential explanations for why stimulus payments led to an increase in liquid account balances, while child tax credits have not.

Still, other research indicates that some families are using the child tax credits to increase their savings. This may indicate that recipients have not yet accumulated a significant amount of savings, or that they intend to eventually shift further from spending on expenses to saving. It is also possible that recipients are transferring money into accounts (i.e., savings transfers or paying down debt) that we are unable to observe in the Pulse transactional dataset. Regardless, as the debate over extending child tax credits continues, two things appear clear. In the present, these credits are helping families get by, and if they expire, there is a real risk that recipients will not have a financial cushion.

The findings in this Pulse Points brief show that child tax credits have had a positive financial impact on recipients: People who experienced hardship in the past subsequently increased their spending on food or healthcare expenses. Meanwhile, savings balances have generally stayed constant. Other research shows that the targeted and consistent dispersals of tax credits have reduced child poverty and, if expanded, have the potential to increase long-term financial stability. However, the potential for long-lasting effects depend on the outcomes of ongoing political discussions. Future Pulse Points will continue to monitor the impact of COVID-19 relief and recovery efforts on personal finances.

This analysis is based on transactional and account data from approximately 300 members of the University of Southern California’s consumer panel, who agreed to share their data through a secure platform that leverages Plaid’s API. To derive inflows, outflows, and liquid account balances, totals were calculated over a past 30-day rolling period for each day. For inflows, outflows, and balances, the median of the sample on each day was used. For spending on food and healthcare, the average of the sample on each day was used. Locally weighted scatterplot smoothing (lowess) with a 10% smoothing window was applied to generate trend lines. Liquid accounts include checking accounts, savings accounts, prepaid cards, money market accounts, and cash management accounts.

To help interpret the transactional data, Pulse survey response data were merged with these data. Individuals were categorized as receiving child tax credits if they received an account inflow after July 14 categorized by Plaid as “tax” which was a whole number, reflecting the format in which people received the credits. Any figures and statistics that are explicitly referenced in the text are statistically significant within a 95% confidence interval. Trends that are described more generally should be considered directional and descriptive in nature. Please see the complete Pulse transactional methodology overview for more information on data collection and analysis.

The Financial Health Pulse is supported by the Citi Foundation, with additional funding from Principal Foundation. Since the inception of the initiative in 2018, the Financial Health Network has collaborated with USC’s Dornsife Center for Economic and Social Research (CESR) to field the study to their online panel, the Understanding America Study. Study participants who agree to share their transactional and account data use Plaid’s data connectivity services to authorize their data for analysis.

The findings, interpretations, and conclusions expressed in this piece are those of the Financial Health Network and do not necessarily represent those of our funders or partners. 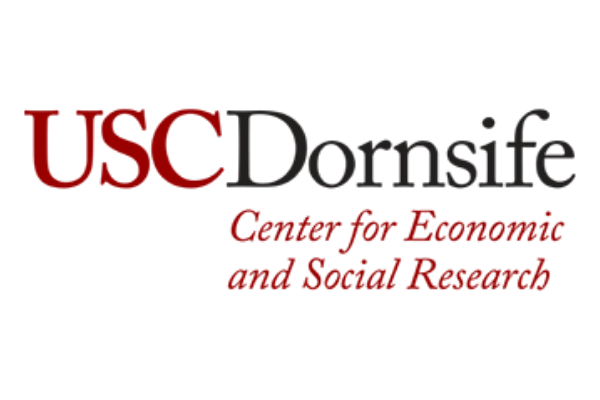