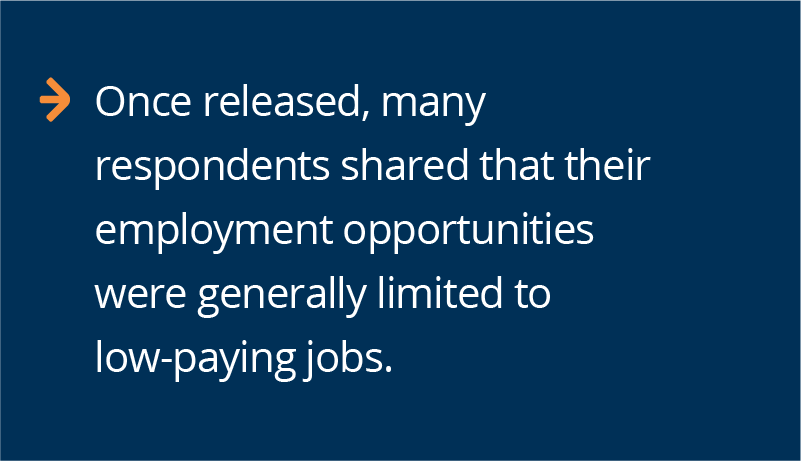 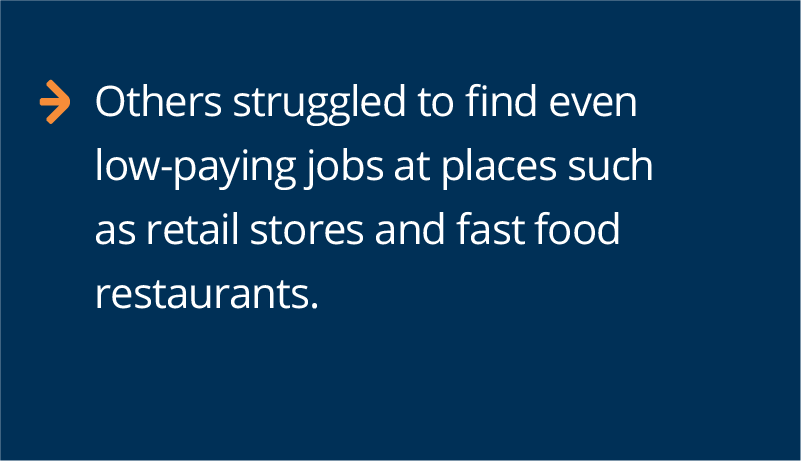 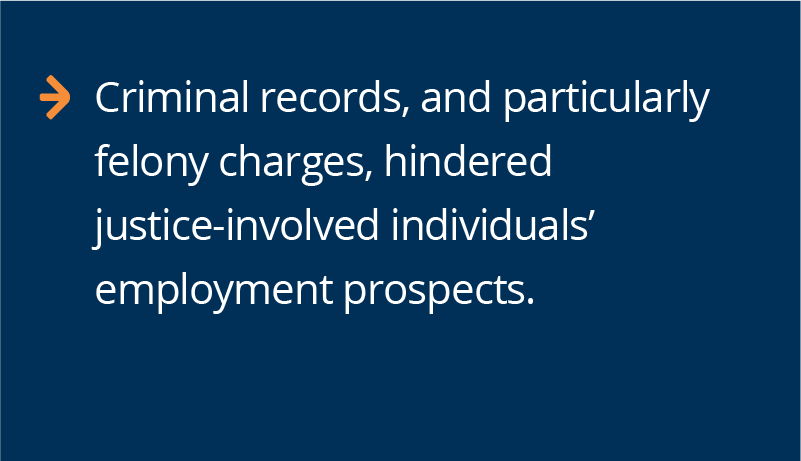 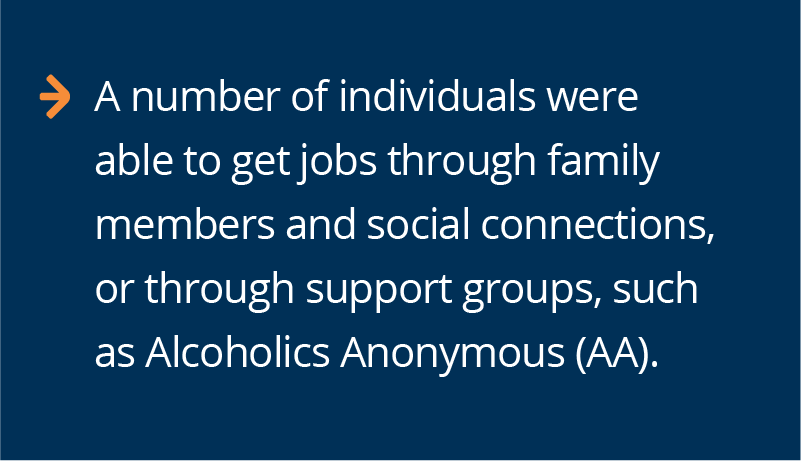 The Consequences of Conviction

When individuals did secure employment, they were often at low-paying jobs with poor benefits, which were usually the only ones available to applicants with a criminal record. Their criminal records followed them wherever they applied for work.

“I went through all the certification and paid for the classes for teaching jobs… and I was turned down because of my record.”

Hiding Their Records to Get Hired

Some individuals could not go back to their prior line of work, and others found that certain professions were closed off to them entirely. Many made the difficult decision to not disclose their records in order to obtain employment.

For those with a criminal record, only being able to qualify for a limited amount of low-paying jobs often hinders individuals from securing stable financial footing once they re-enter society. Most of the individuals who found employment quickly after release found their jobs through connections. 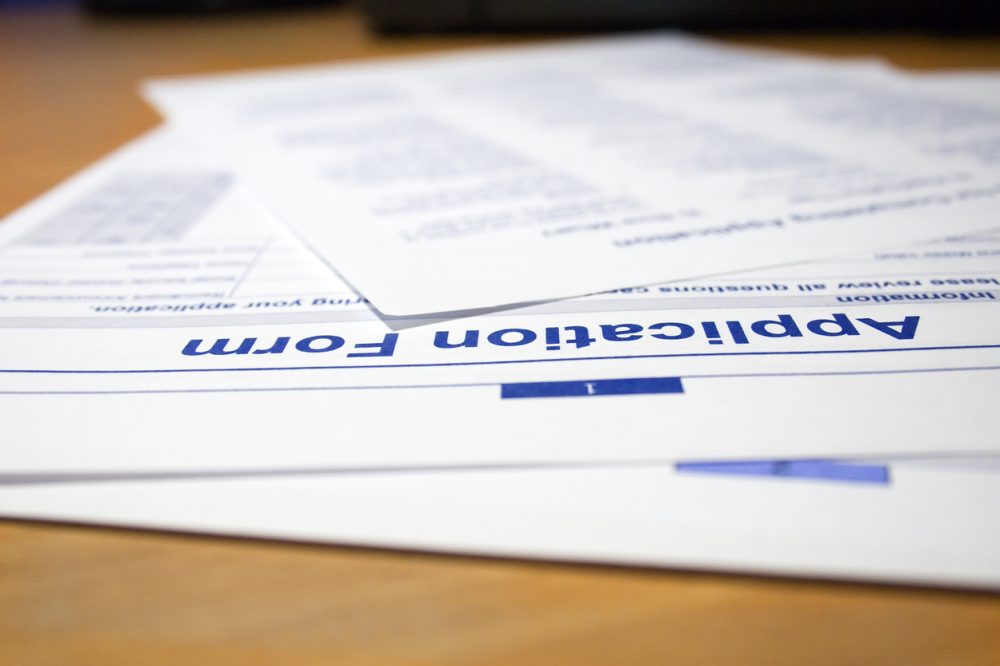 “I had an experience a couple years ago where I actually got hired for a job, worked two weeks, and then they found out I had a background and they fired me. It follows you the rest of your life.”

After getting released, Ashley went to live with her parents. Ashley initially found a full-time job immediately upon release through one of her father’s friends. Later, Ashley moved out of her parents’ home and into her own apartment where she had to balance paying rent with the court costs she owed, which became less manageable. She ended up missing her court payments and was sent back to jail. After serving the additional time, it was harder for Ashley to find a job.

Employment challenges have remained an ongoing issue for Ashley since her second release. 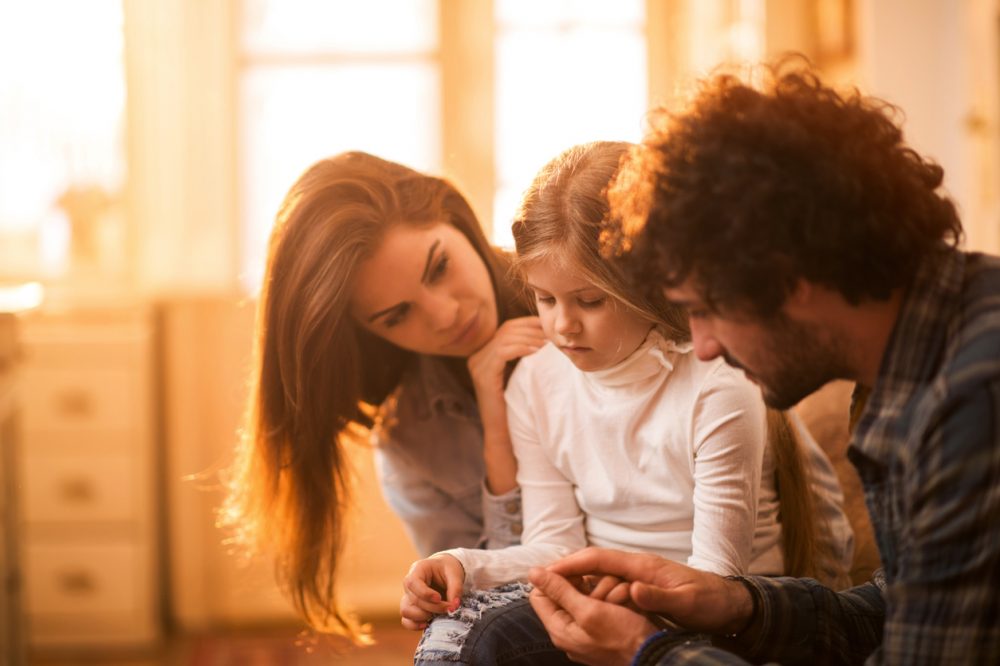 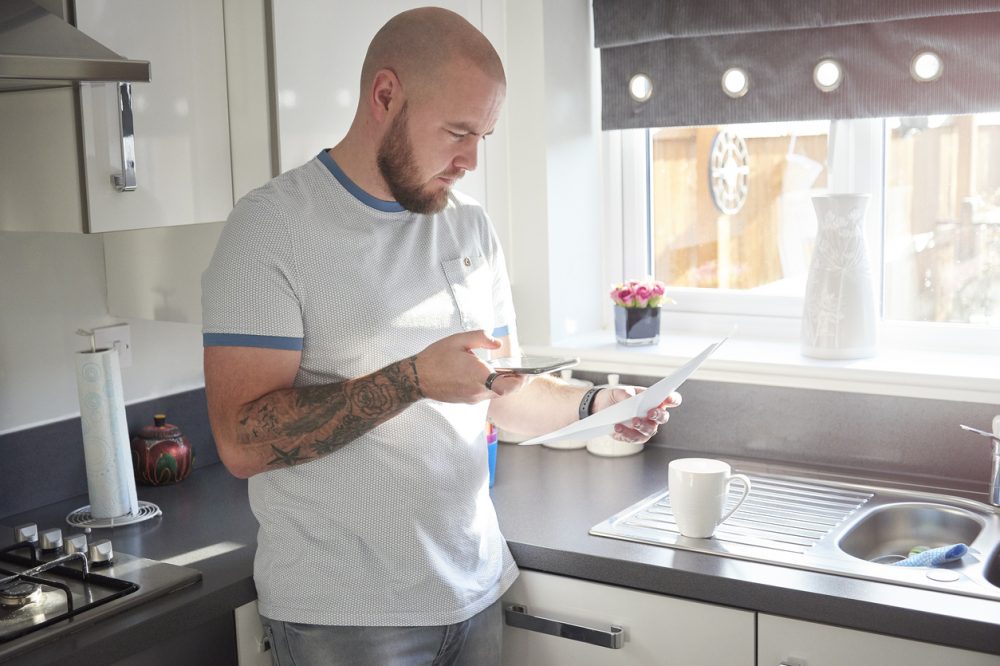 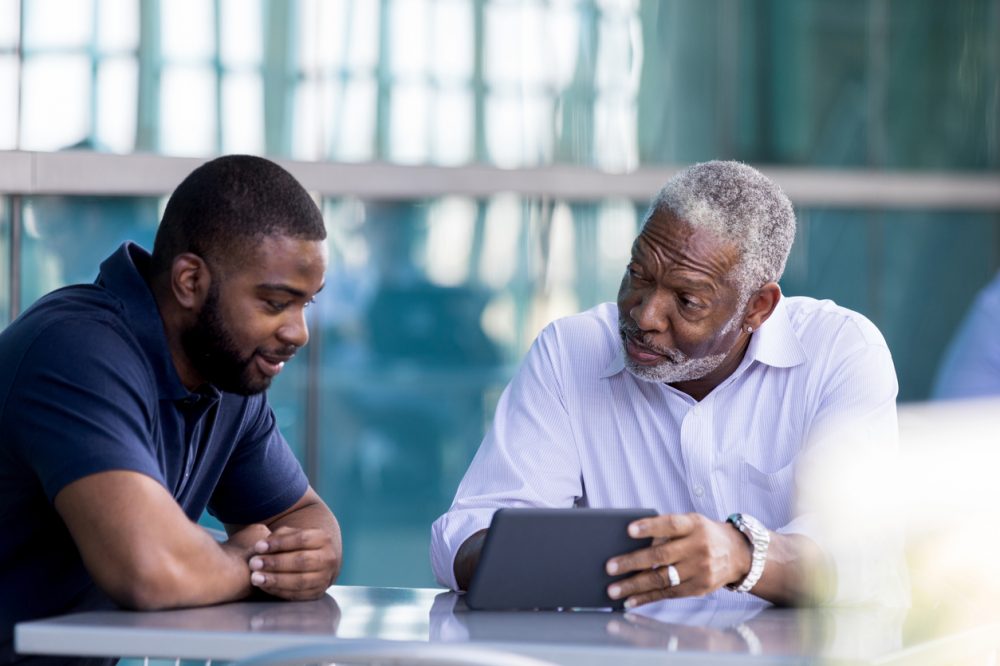