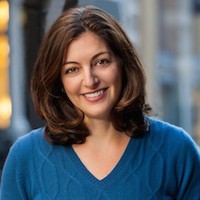 Last week, the Consumer Financial Protection Bureau (CFPB) released its long-awaited proposed rules about payday lending. The CFPB is to be applauded for wading into the near-impossible task of trying to regulate this controversial product without causing harm to the millions of people who rely on it. But, no matter what the final rules end up saying, they are really only addressing the symptoms — not the true problem in America. There is more at stake here than any one credit product’s terms.

On its face, payday lending is easy to hate. The fees (a typical fee of $15 per $100 borrowed on a two week loan yields an APR of 391 percent) sound inexplicably high to anyone who has never used one. Many borrowers find themselves in a debt spiral of payday loan “rollover,” in which they take out a second payday loan to repay the first, and a third to repay the second, and so on and so on as the fees pile up. Payday lender storefronts are concentrated in low-income areas, earning their profits in communities without many other options. Given these facts, many experts — including me — are glad to see the CFPB draft rules that limit repeat usage and make payday lending rollover a lot harder to offer.

But, payday loans do meet a real need. According to the 2014 Federal Reserve Survey of Household Economic Decision Making, half of Americans — 47 percent — report that they would not be able to come up with $400 in an emergency without borrowing or selling something.

When my organization, the Center for Financial Services Innovation, did research to understand why people take out payday loans, we found that many borrowers are doing so to bridge moments of illiquidity or to buy things that they need but that are bigger than they can cover in one paycheck. Given that so many people are in this “don’t have $400” group, payday borrowing fulfills a necessary function. People use payday loans in moments when a bill is due now, but their paycheck isn’t coming until next week, or when they need to pay a larger than average bill, like for a car repair. In those moments, paying a high fee is often the best of bad choices. Especially in low-income communities, going without or borrowing that money from a friend or family member instead may not be an option. Budgets are already stretched too tight for that. Given those facts, many experts — including me — want to see small dollar credit (the polite word for payday and its alternatives) continue to exist in some form.

So, here’s where it gets nearly impossible for the CFPB. The majority of the profits from payday lending come from the customers who use the product often. According to the CFPB, the two thirds of borrowers who use the product seven or more times a year account for 90% of fees. It is difficult — though not impossible — to run a sustainable, profitable business offering small dollar credit without relying on this repeat usage.

That leaves the CFPB with a tough question to answer: Which is worse, abandoning some vulnerable people in a dangerous debt spiral, or stripping other equally vulnerable people of a much-needed source of short-term liquidity? Given how difficult of a choice regulators have, they have done a good job of trying to land in the middle.

The real problem, though, is that this is the wrong question, or at least an incomplete one. What we need to be asking ourselves instead are these two questions: First, why is it that so many Americans work hard, but are nonetheless living so close to the edge that they need a short-term loan for $400? Second, why is it that in the most sophisticated financial market in the world, we have such limited and dangerous ways of providing people with needed financial services?

Payday loans are a canary in the coalmine of broader economic inequality. Yes, they are a problem worthy of regulatory attention. But, worrying only about how to provide them a bit more safely is like giving the canary an oxygen mask. It buys us a bit of time, but not much.

Instead, we need to make it easier for Americans to come up with $400 when they need it, in a way that doesn’t land them in a debt spiral. We need the financial services industry to embrace the largely untapped opportunity to replace payday loans with better short-term savings, credit and insurance products. We need the regulators to think beyond just getting rid of the dangerous products, and instead work to outline rules that encourage better ones to thrive. We need bigger changes that build the financial health of Americans, giving them the day-to-day support that enables resilience in the face of the inevitable ups and downs of financial life. Only then will payday loans recede into the background, where they deserve to be.