How a rejection letter and a plate of red velvet cupcakes led me to understanding how #FinHealthMatters.

Thank you for your interest in Northwestern University. After careful consideration of your application, I am sorry to inform you we are unable to offer you a place in the class of 2008.*

The 18-year-old me was devastated. I believed attending Northwestern was the ticket to my future success.

The 29-year-old me is relieved. Being rejected from my number one university was one of the best things that’s happened to me. It taught me a crucial financial health lesson, one I still try to follow every single day.

That lesson? Don’t bite off more than you can chew.

The average cost of attending Northwestern is now $68,060 a year. Had I attended, I’d be chewing that student loan debt for the rest of my life. Instead, I went to a state university with tuition a fraction of the cost. When the financial crisis hit shortly after I graduated in ’08, you better believe I was thankful I hadn’t binged on an education I couldn’t realistically afford.

If I had graduated with a plate piled high of Northwestern-sized debt, I wouldn’t have achieved the financial freedom I have today. 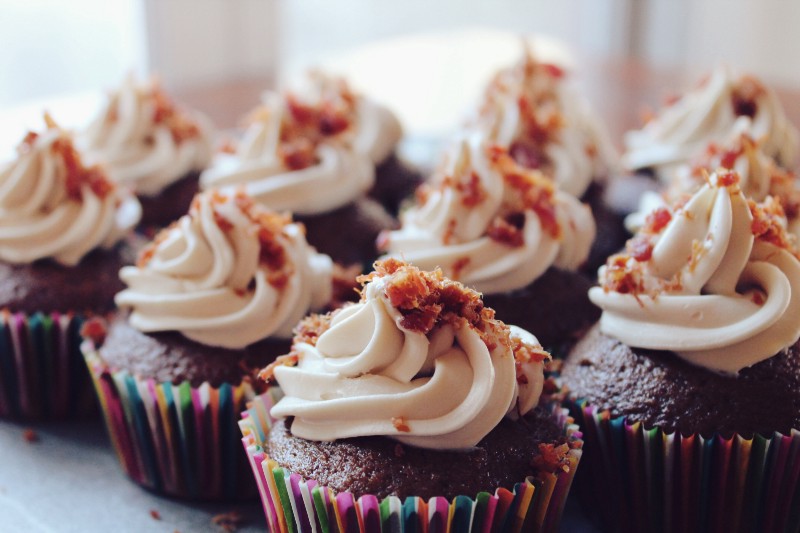 Photo by Brian Chan via Unsplash

When it comes to the financial choices I’ve made since, I see it like a plate of freshly baked red velvet cupcakes. Cream cheese frosting, because no other frosting will do. I can easily polish off that whole plate, and every bite will taste heavenly. But how will I feel five minutes from now? And the resulting sugar crash in a couple hours? Will feeling sick to my stomach be worth it?

The plate of cupcakes could represent any number of buying decisions tempting me each day. These financial temptations could be relatively small, like eating lunch out instead of bringing one from home. It could be a medium-sized purchase such as a new pair of shoes. Or even something big, like an international vacation. I genuinely enjoy all those things. I buy them sometimes, but only if I know I can afford them.

It’s the same decision making process as when a plate of sweet treats presents itself. Have one. Maybe two. Especially if it’s a birthday party. Or even if it’s not. Enjoy it! Just keep that cupcake indulging in check. You can’t sustain a healthy lifestyle on a diet of butter, sugar and cream cheese frosting.

Counting every cent and every “one more”

I don’t claim to be healthiest person on the planet. Far from it. I’ve slipped up plenty of times because I got greedy and over-consumed.

“One mores” are dangerous. When I don’t keep track, I tend to forget about them. Five “one more” Uber rides later, and I’ve spent entirely too much on cabs this month.

So, I try to keep an eye on where every cent goes. I use Mint.com to budget and categorize my expenses. I check my credit score every few months. I stash away a little bit each month to keep on hand for out-of-the-blue expenses.

Today, my financial plate as a self-employed business owner looks far different than the teenager who got rejected from her dream college. There are retirement contributions, car payments and health insurance. Even so, the same rules have kept me healthy these past 12 years.

Don’t bite off more than you can chew. But don’t deprive yourself of the good stuff from time to time. Because life’s just too short not to indulge on a cupcake (or two.)